The 802.11n amendment addresses new enhancements to the MAC sublayer of the Data-Link layer to increase throughput and improve power management.

Frame aggregation is a method of combining multiple frames into a single frame transmission. 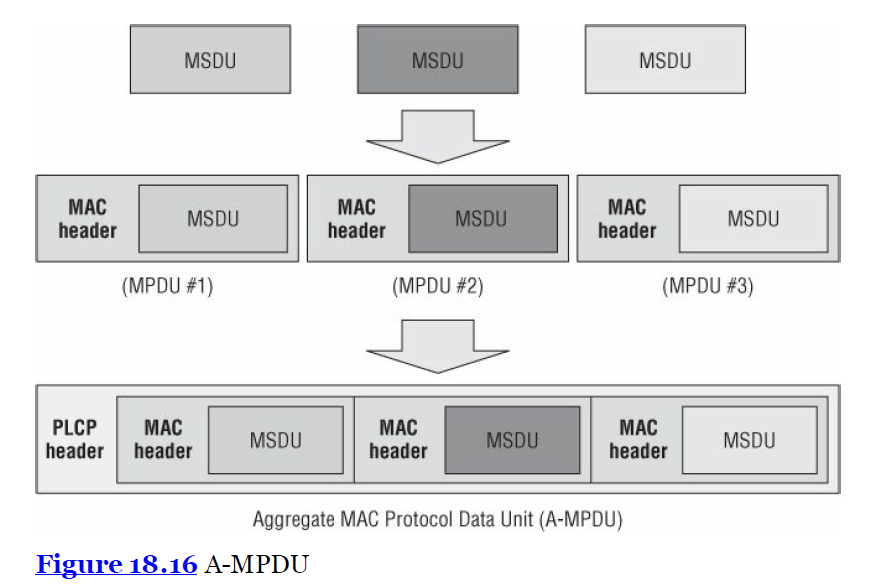 My journey through the world of Wi-Fi...